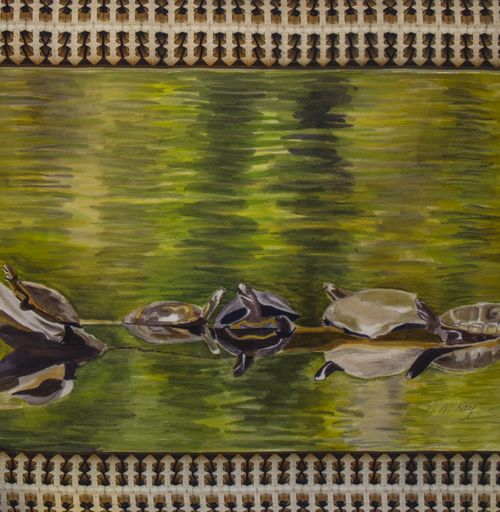 Local ecosystems evolve naturally to insure water quality.  A water system will suffer if land is developed without having a system for conserving it in place. Building roads and parking lots, cutting down forests, and re-routing water flow and drainage without regard to protecting water both  locally and downstream can have wide-spread effects on its supply, quality, and other characteristics.  Sustainable development and land protection are two strategies adopted in many communities.  For example, in my own community, Legacy Land Conservancy is protecting land vital to our water supply via conservation easements and strategic partnerships.  The water story is much more dramatic at Hot Springs and its telling may provoke further thought to something we often take for granted at home.

The mission of our National Parks is to protect and serve.  National Parks protect what is unique to them. So, Hot Springs National Park protects its unique water.  Water that is very old and doesn't stink. The minerals in it have been carbon-dated at 4,400 years old. (Imagine water falling in Arkansas when the pyramids were being built in Egypt.)  It doesn't stink like other hot springs because the water is heated by a geothermal gradient and not by volcanic magma.

The former equivalent of the U.S. Dept. of the Interior realized the importance of the springs early, in 1832, when the area around the springs became our nation's first "Reserve".  The water system appeared to be locked down until irony of ironies - truth be told through geology - its source had never been protected. 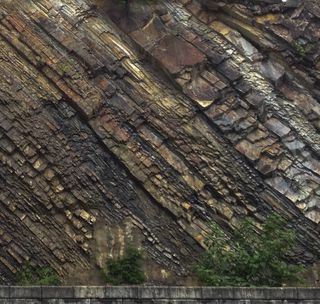 The rocks of the Ouachita Mountains were laid down undersea 356 million years ago.  The Zigzag section of them surrounding Hot Springs show the extremes of deformation from the colliding South American and African tectonic plates. Pressures and temperatures were high enough to melt and deform the rock. It folded into faults, some layers appear to be crushed tubes.  Rain and melt water soaked the ground and found its way more than 7,000 feet below the surface by following the cracks and fissures in the rock.  On its long journey back up the water cools to 143 degrees F, gushing out of the hot springs to the tune of 650,000 gallons/day.

When considering the first paragraph above, about water quality and supply,  one might ask, "Who cares about 4,000 year-old water?"  Well, geologists found that the heated water in the springs travels to the surface through an action similar to a trap in a sink. Water soaking into the ground today pushes the old stuff through the system. The effects of drought and less water soaking the ground during extreme rainfall are immediate.  During one six-month period of drought, the volume of water coming from the springs dropped from 700,000 gallons a day to 600,000 gallons a day.  And the temperature dropped because the water came back up more slowly, allowing it more time to cool.

Indian Mountain stands a few miles away to the east.  A foresting company owned a vast section of it and maintained a healthy forest there.   All this time, the Hot Springs flowed continuously.  Everyone thought the National Park System protected the land surrounding its water supply.  Then, the foresting company sold off some of its land to a developer for constructing a mega church.  During construction a neighboring farmer complained about a significant rise in the temperature of his well water.  Geologists were called to investigate.

No one had realized that the water came from what geologists think today is a five-mile ribbon of ridge on Indian Mountain that had never been protected by the Park Service.  The recharge area, the source of hot springs water, is now known to be at risk from developers and a proposed highway bypass that would greatly impact water flow and drainage.  The Park service simply cannot afford to buy this land at today's prices.   The community realizes how dependent it is on tourism.  The Park is now partnering with conservation groups, working with the road commission, with developers to protect the mountain top, with local zoning boards to disallow water divergence, and with a conservancy to protect land through easements. 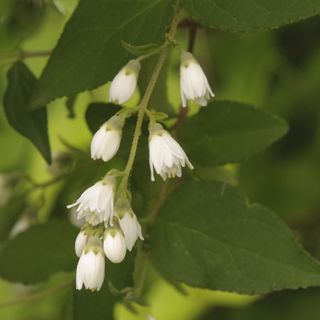 A far greater threat to the Hot Springs, however, is climate change.  Shedding some light on how Hot Springs water supply is at risk through global warming may shed some light on what we see here at home. In Hot Springs National Park, AR, even in light of climate change, no effect on the overall amount of water is predicted.   Ideally, the perfect weather scenario would be a series of light, ground-soaking rains.   But with an increase in temperatures, there are fewer but heavier rain events with prolonged droughts in between.  Native ground cover suffers and invasive plants creep in.  Dry underbrush is vulnerable to fire.  Invasive vines, like honeysuckle and this privet shrub brought in from Asia, take fire up into the forest canopy and lead to hotter, more intense, and devastating fires.  Water runs off, taking top soils and plant matter that could have have directed the water downward.

When I reviewed this information with a friend, she remarked on how we all are part of a system that is running out of control. Depressing, huh?  Gee, I almost made a painting of those pretty privet shrub blossoms.  After I heard the climate change story, I decided not to celebrate it by painting it.  I certainly won't buy one for my garden, one whose flowers smell so sweet.  I can make myself feel better by telling these stories, turning my thermostat down, driving a little slower, riding my bike and walking more.  Something's better than nothing, right?